Bradycardias are defined as symptomatic heart rhythm disorders resulting in a inappropriately low heart rhythm or loss of conduction during during physiologic conditions. Generally this results in a cut-off value of <60 beats per minute, however variation of heart rate exists. For instance, during sleep and in athletes the heart rate can be as low as 40 beats per minute.

Bradycardia can be caused by a variety of intrinsic and extrinsic causes. The most common intrinsic cause is ageing, but ischaemic heart disease, infiltrative diseases or surgery can result in conduction disorders. Medication that modifies the excitability of the heart is the most frequent extrinsic cause, however electrolyte and metabolic disorders may influence the heart rate directly or indirect. To understand the pathophysiologic basis of most conduction disorders or disorders of impulse formation it is important to have knowledge about the physiology of cardiac conduction and mechanisms of arrhythmia as detailed in the general cardiac arrhythmia section [Link].

The heart being a mechanical pump, complaints from bradycardia result from an insufficient capacity of the pump to supply the rest of the body with blood. Complaints of palpitations, syncope or heart failure may result from conduction disorders. However often vague symptoms for instance like dizziness, exercise intolerance or fatigue may be caused by bradycardia. A causal relation between complaints and the bradycardia should be established and reversible causes should be identified (medication). 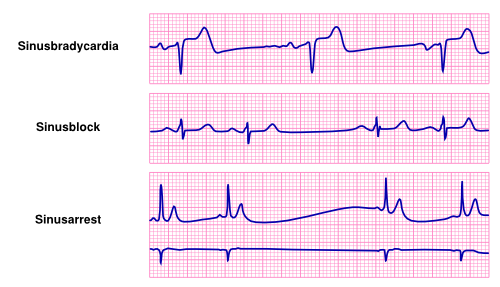 If the sinus node has a problem with impulse formation it is defined as a sinus arrest. There can be the appearance of a irregular rhythm, however sinus P-waves are clearly present. In comparison with the sinus node exit block, there is no relation with a previous P-P interval. Often an ectopic pacemaker takes over lower in the conduction system, but the new rate varies slightly from the old one.

Sick sinus syndrome is a denoter of diseases of inappropriate sinus node responses. These encompass for instance: 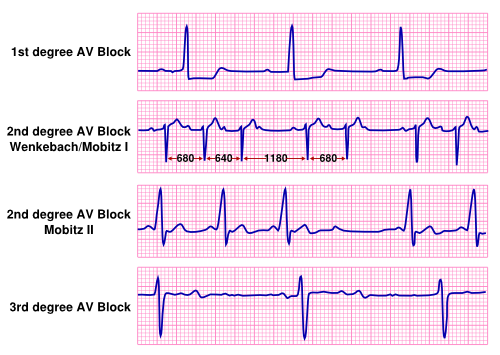 Technically an AV-delay and not a AV block, 1st degree AV block is defined as a prolonged interval between atrial and ventricular activation (>200ms). This delay results from disease in the AV-node or His-Purkinje system. An AV block is not the cause of bradycardia, because every atrial impulse results in conduction to the ventricles. 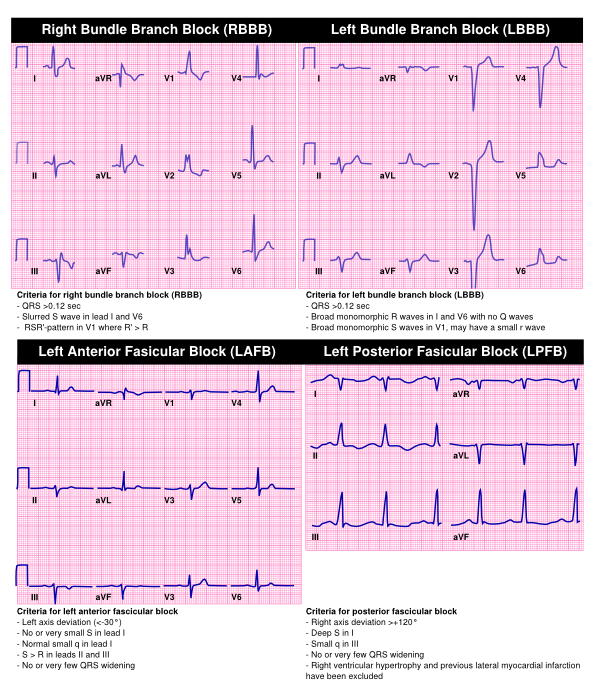